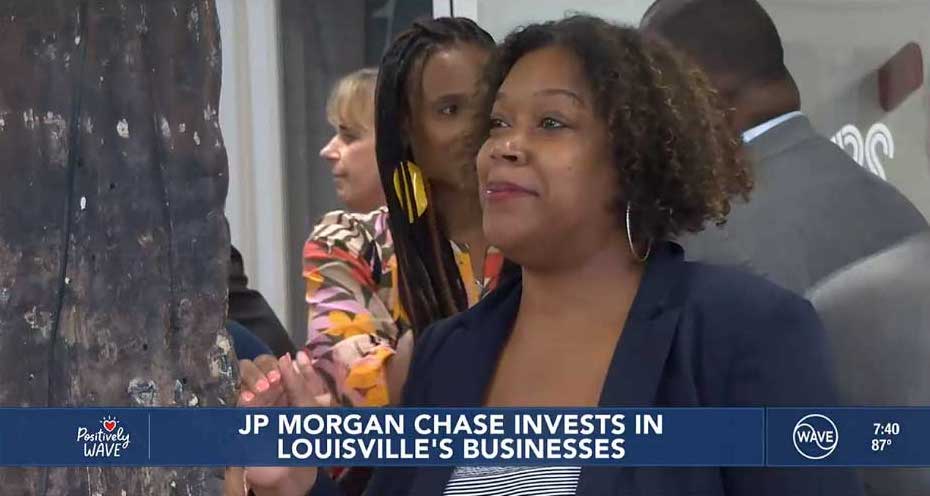 “Over the last two years, women of color represent 61% of the population starting new business. Despite this, it remains difficult for them to realize their full potential and create wealth because of lack of access to the benefits of an investment network,” Paul Costel, Region Manager for JPMorgan Chase in Kentucky said. “These two organizations are providing women of color the knowledge, expertise, mentorship, and network they need to grow and thrive in a more inclusive Louisville.”

Costel said research highlights how black and Latina female founders are the most under funded and face unique barriers and are the fastest growing demographic in the United States.

Entrepreneurs from Story and AMPED at the announcement, held at Story’s co-working space, said they believe the donation will help Louisville’s minority owned business for generations to come.

”I found that in the area, there weren’t a lot of people focused on that, and it was something that I loved because a lot of the women that I was working with were scared to showcase their business,” Wells- Henderson said.

Watch the Full Story at Wave3.com